Have you ever tried to talk to someone only to regret it? Ended up looking like the guilty party although you know you were right? Or have you ever asked yourself a question like ‘what on earth was that?’ at the end of a conversation? Perhaps it’s because the person you were dealing with was a manipulator.

In this article, I will talk about another tactic emotional manipulators use frequently: Word salad.

I’d like to begin with saying that this isn’t something only the emotional manipulators do. People with other psychological disorders or attention deficit can sometimes form long and incomprehensible sentences unintentionally. So please don’t think that every single verbosity you witness is coming from a manipulator.

But then if you ever had a relationship where even the smallest disagreements were blown out of proportion and that important things could not be discussed because of this; you can continue reading.

What is a word salad? 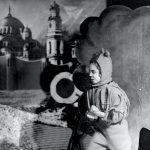